The end of August and the beginning of September saw the last VBScan events taking place: the MBI workshop and the Advanced VBS training school. The ongoing Covid pandemic required for safety measures to be taken: Masks, physical (but not social!) distance and a conference address given over video link. It will stay in memory forever and the photographs will at some time in the future historical documents. Unfortunately the pandemic also prevented spreading the love for vector boson scattering to the general public. 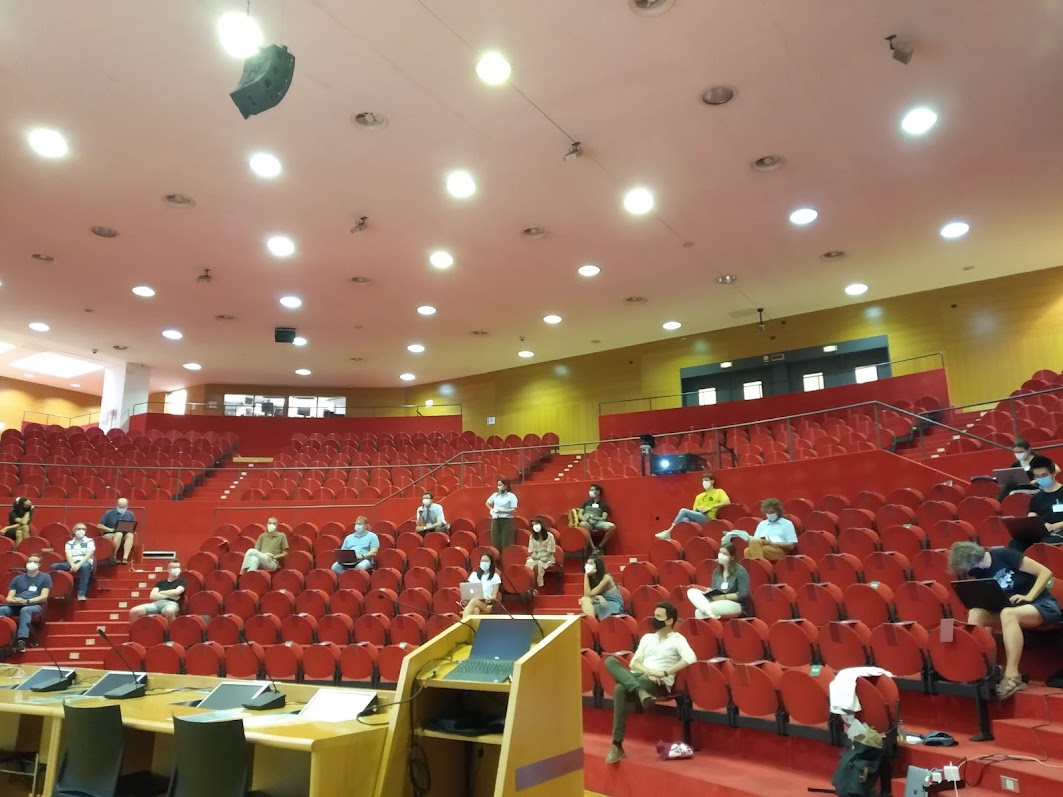 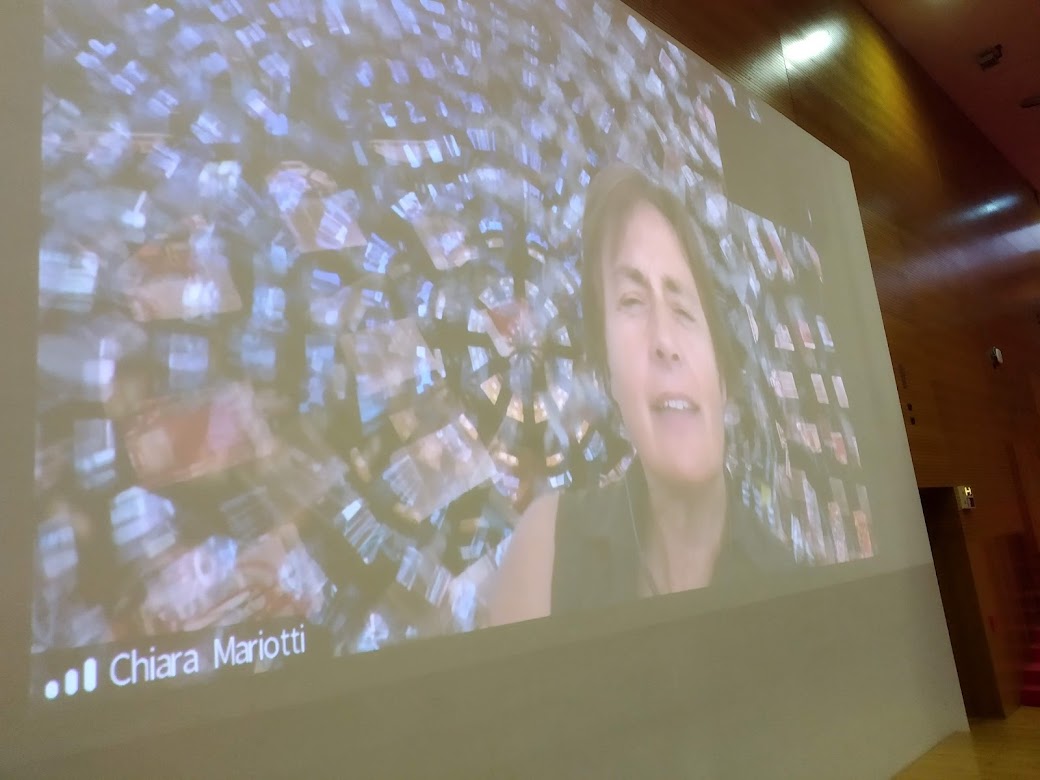 Corona cast its shadow also over the 2020 PREFIT spring school organised by the COST Networks ParticleFace and VBSCan , dedicated to unveiling new physics at the precision frontier and to creating an closely-interconnected community of VBS experts. A few lecturers could not travel to the school as intended and on the morning of the second day, a new DESY directive meant that four of the students (from risk areas) were not allowed to enter the campus. Some lectures were therefore given virtually, and on a daily basis the organisers had to establish whether the school could continue or not. The DESY director and deputy director for High Energy Physics, Joachim Mnich and Manfred Fleischer, were very supportive and helpful that the school could be completed without problems ( https://indico.cern.ch/event/817757/page/19926-corona-virus-information)

Feedback from the students who attended was overwhelmingly positive, as illustrated from the report by participant Jack MacDonald (Sheffield University): PREFIT20 succeeded in developing my understanding of how we can use EFTs to constrain new physics in precision measurements. This technique looks to be a promising avenue for finding evidence of BSM physics at colliders. Overall I found the school very rewarding, both in terms of content and the opportunity to mix with students from both the experimental and the theory communities. I look forward to using the knowledge gained in my current research and hopefully beyond!

Having lectures on both experimental and theoretical aspects gave a better appreciation of how the two sides depend on each other, and being in an environment with both experimentalists and theorists allowed for insightful discussions. The tour of DESY was a very good idea. It was interesting to learn about the history of the various accelerators/detectors, as well as their current uses, for example in producing synchrotron radiation for photon science. We also had a chance to see the HERA tunnel. 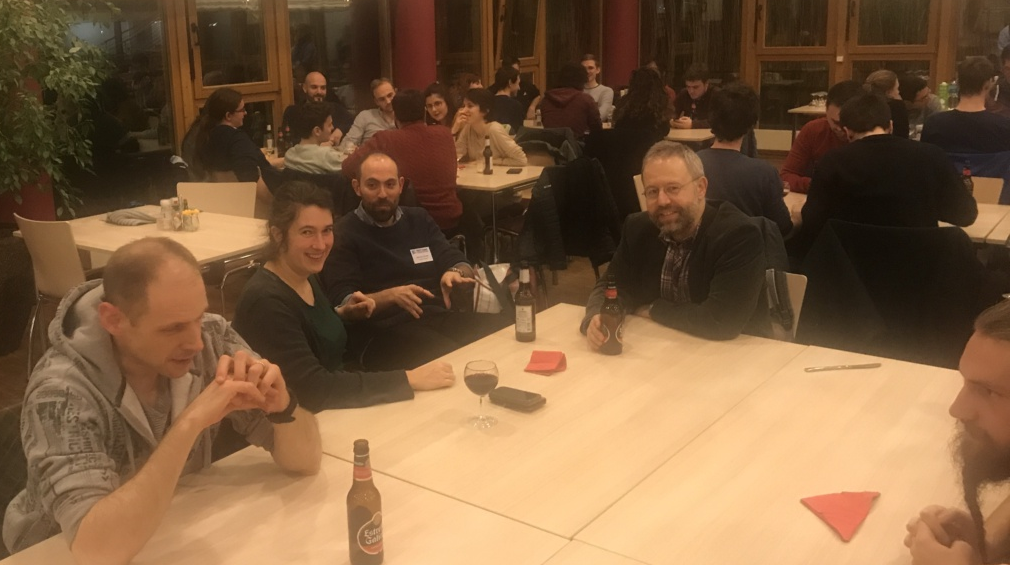 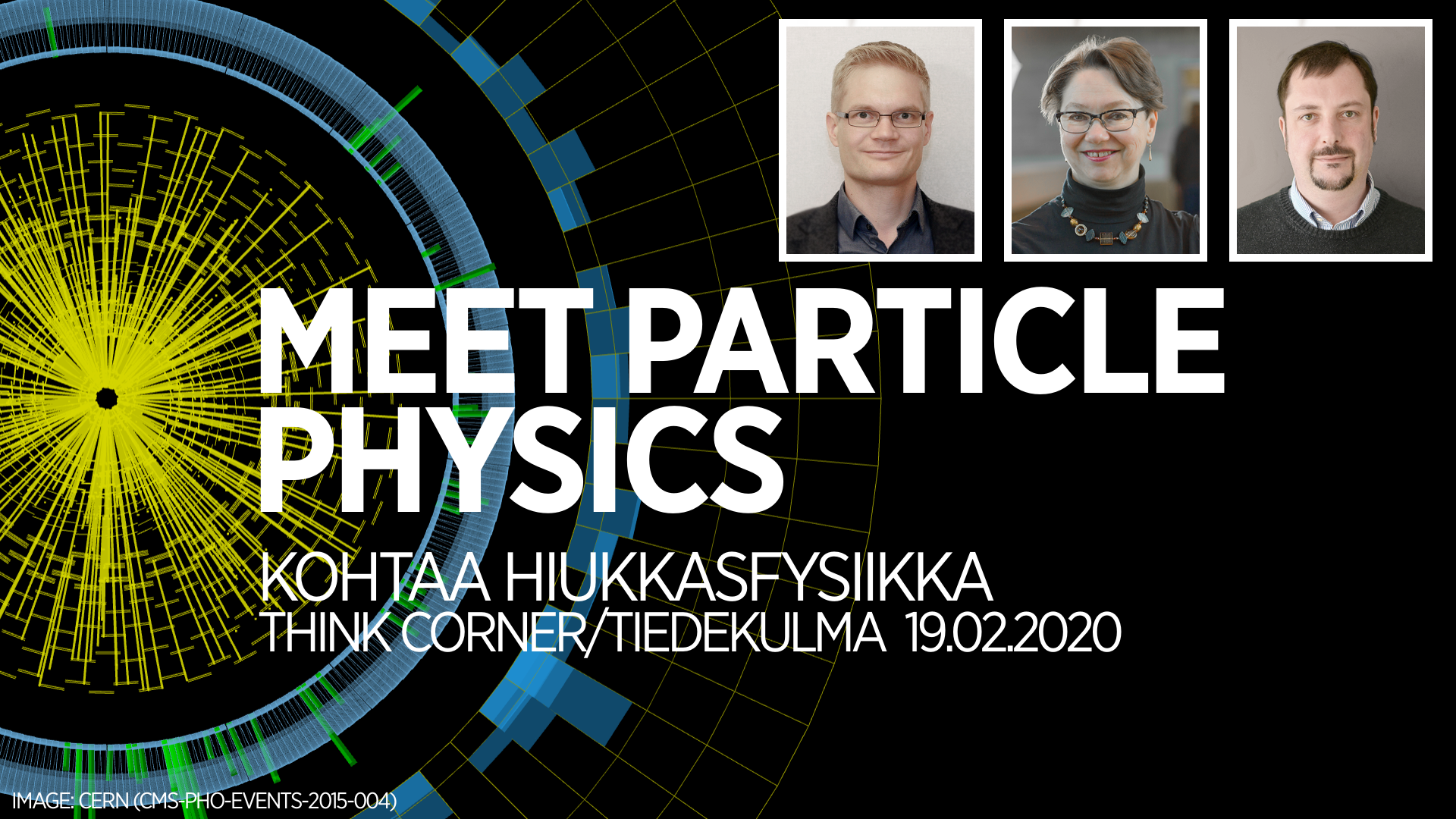 During the Second In-person Meeting in the Third Grant Period an outreach event was organised in the Think Corner with a good mixture of Finnish and international researchers presenting on what particle physics is about. 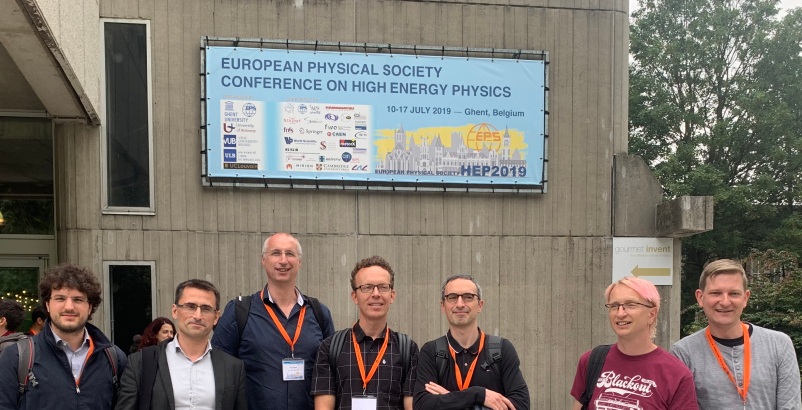 Seven members of the VBScan network participated and some of them also presented at the EPS-HEP conference in Ghent, Belgium in July 2019. A good turnout of the network at the most important European Conference for Particle Physics. 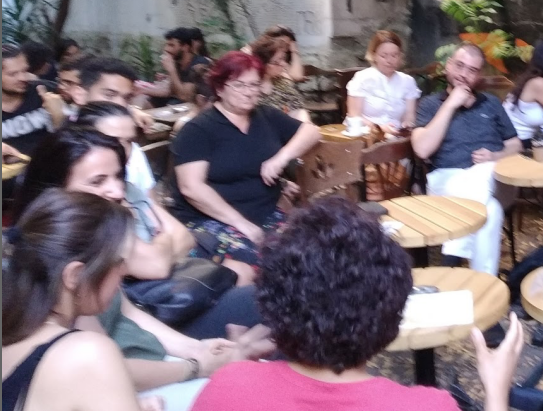 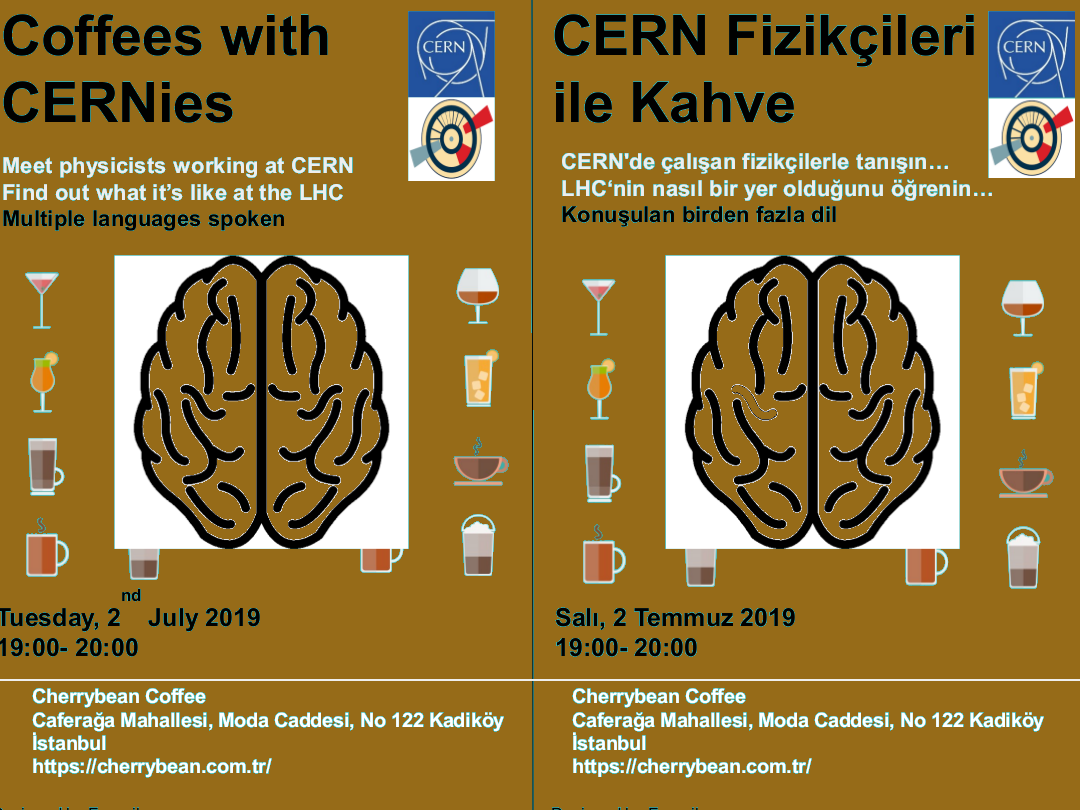 A discussion round on Life at CERN was organised as an open “cafe scientific” at a coffee place, located center of Kadiköy Moda. The podium composed of senior and junior research from Turkey and abroad discussed questions such as:

Questions: Why a PhD?

An informal meeting of the VBSCan@Ljubljana participants with students from the Deptartment of Physics happened during the Second In-person meeting in the 2nd Grant period in Ljubljana. In a relaxed atmosphere undergrad students could explore what it’s like to study for a PhD and to do research.

Physics in a Pub was organised in the first evening of the workshop, where citizens could meet with scientists from CERN and discuss various topics, from contemporary science in general, to the specifics of the everyday work of scientists. 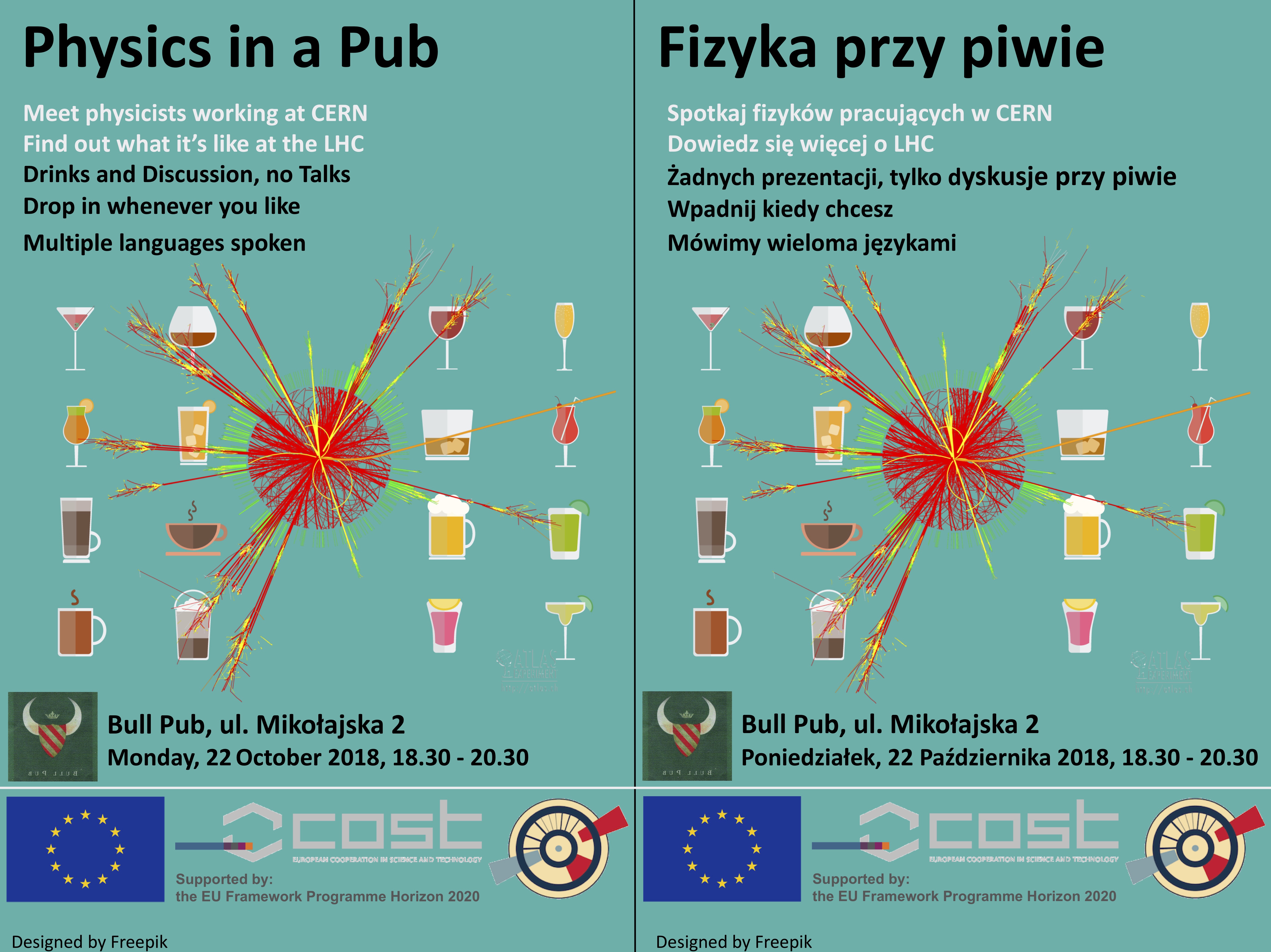 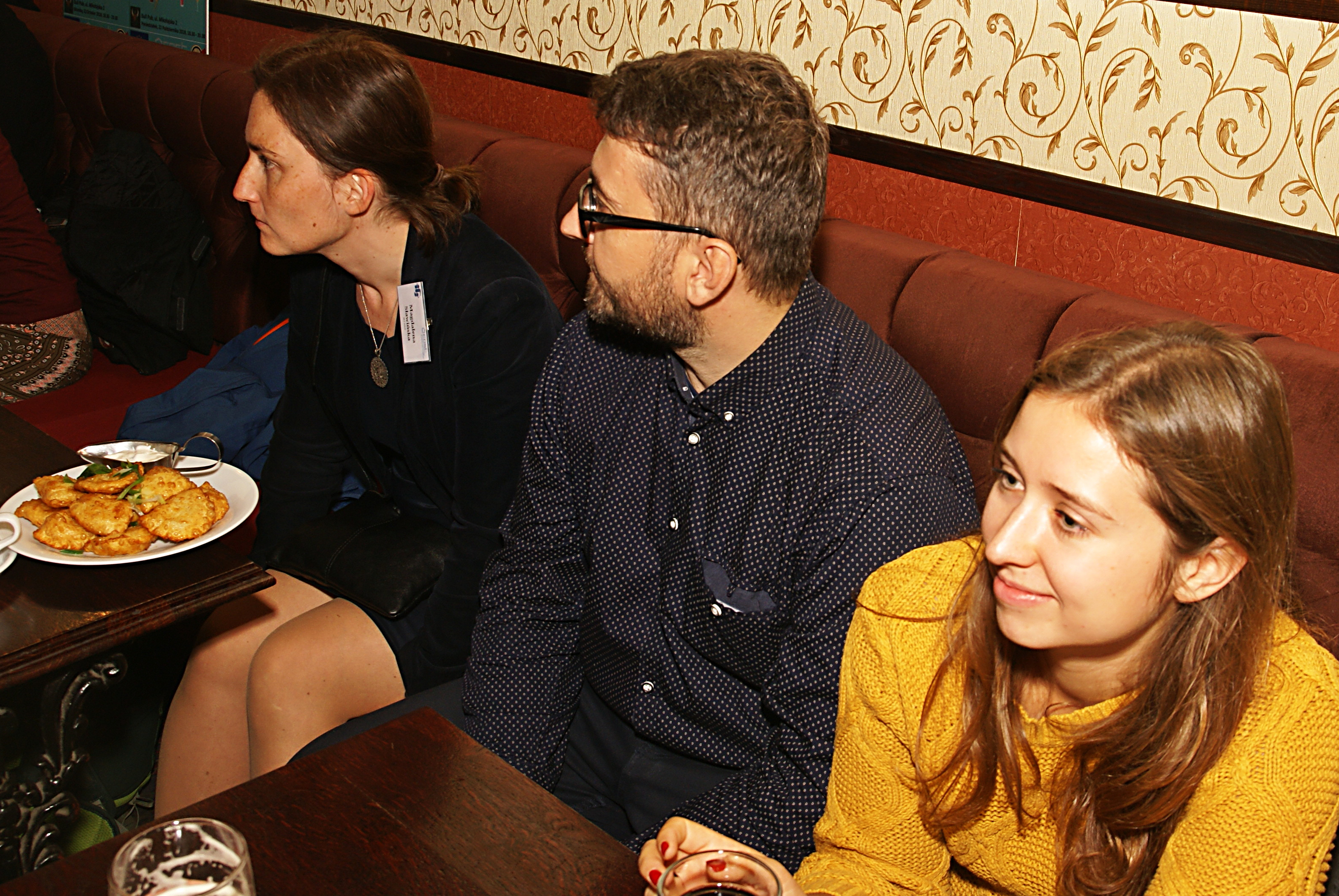 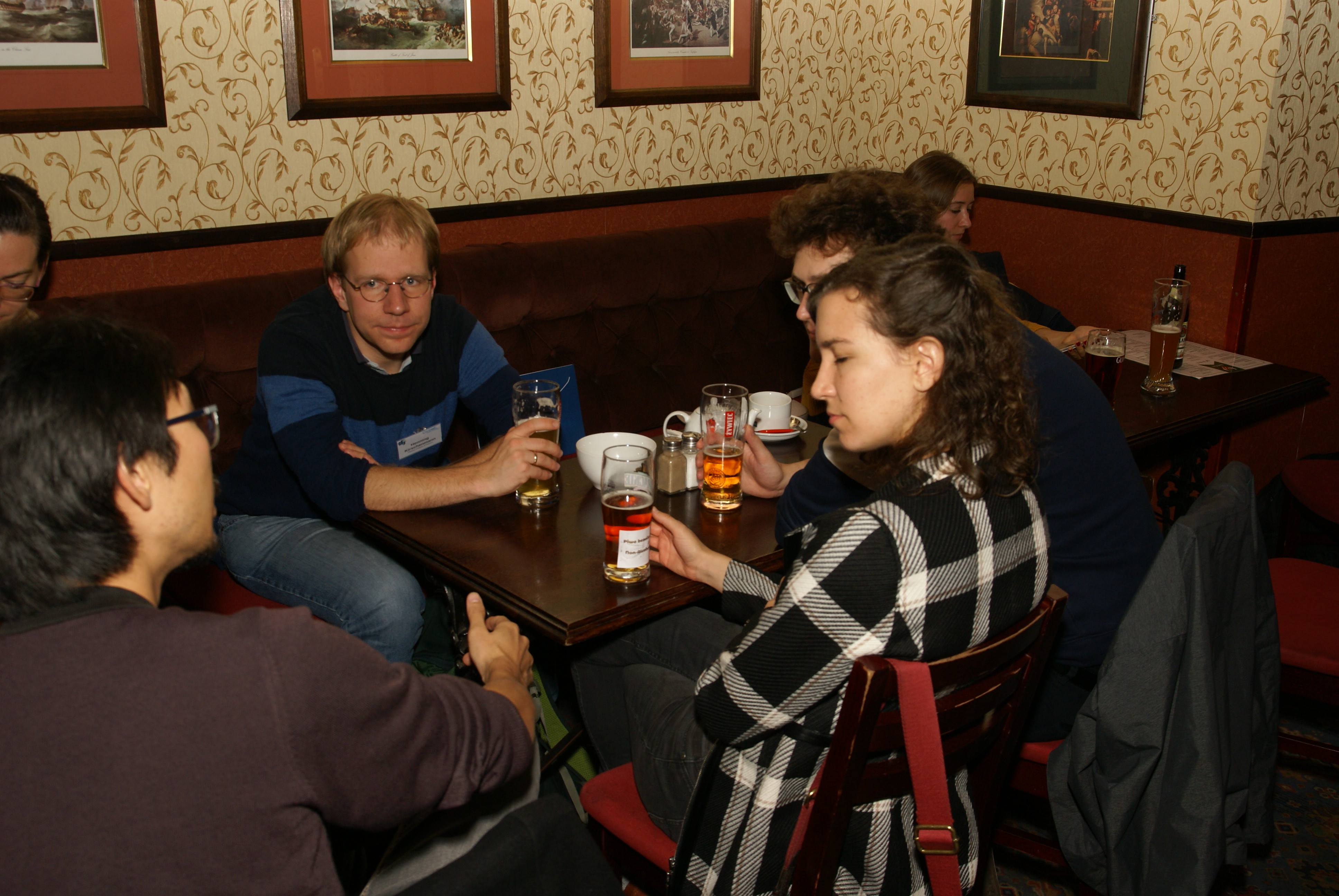 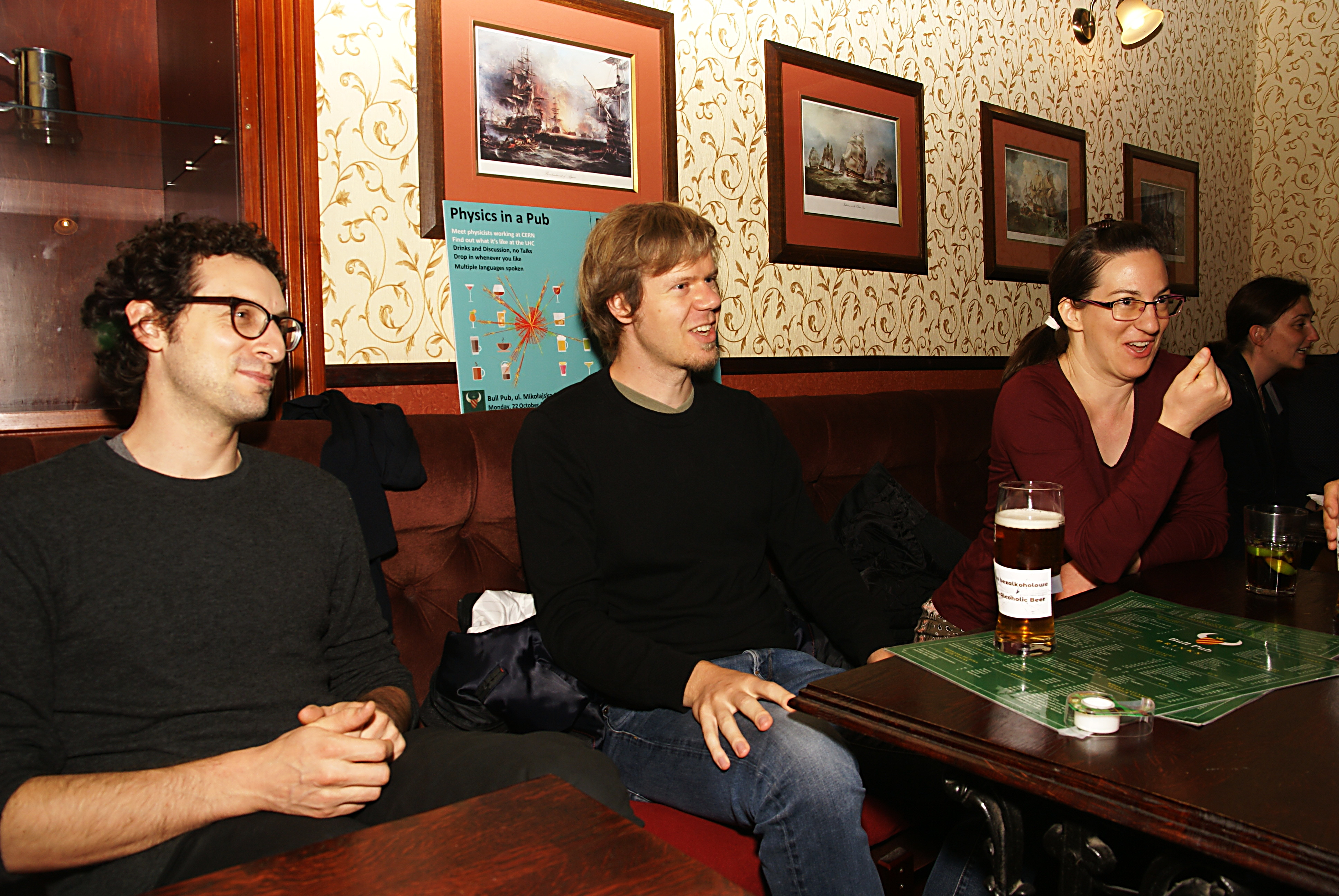 "Meet physicists working at CERN! Find out all you would like to know but were too embarrassed to ask!" - This is how the VBScan outreach event in Thessaloniki was advertised. Quite a crowd of people gathered in Ypsilon, a bar with focus on giving room for arts and other performances, and listened to presentations in Greek and English, showing the funny side of particle physics. After the presentations a very lively discussion took place, engaging public and local and visiting scientists. 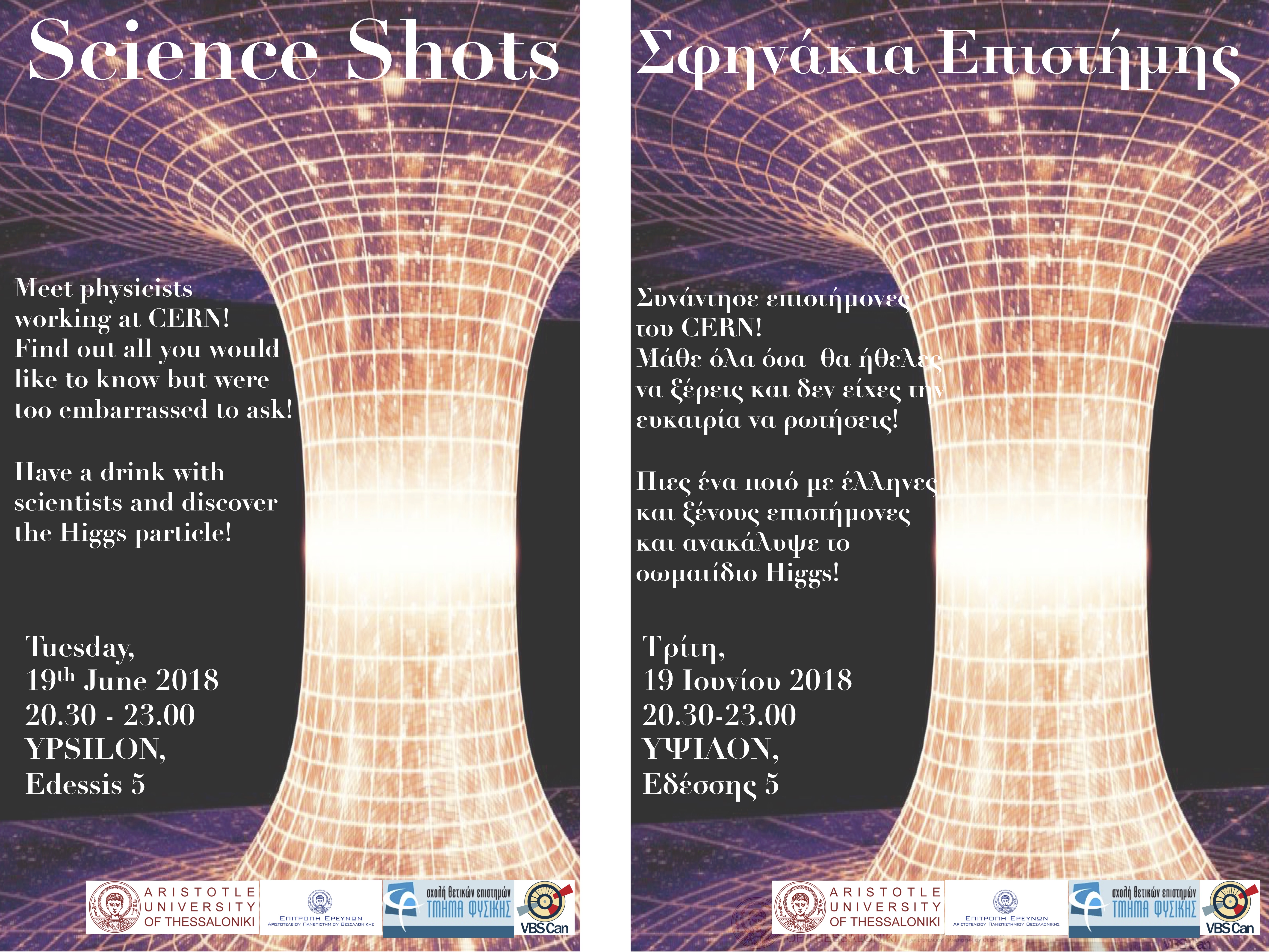 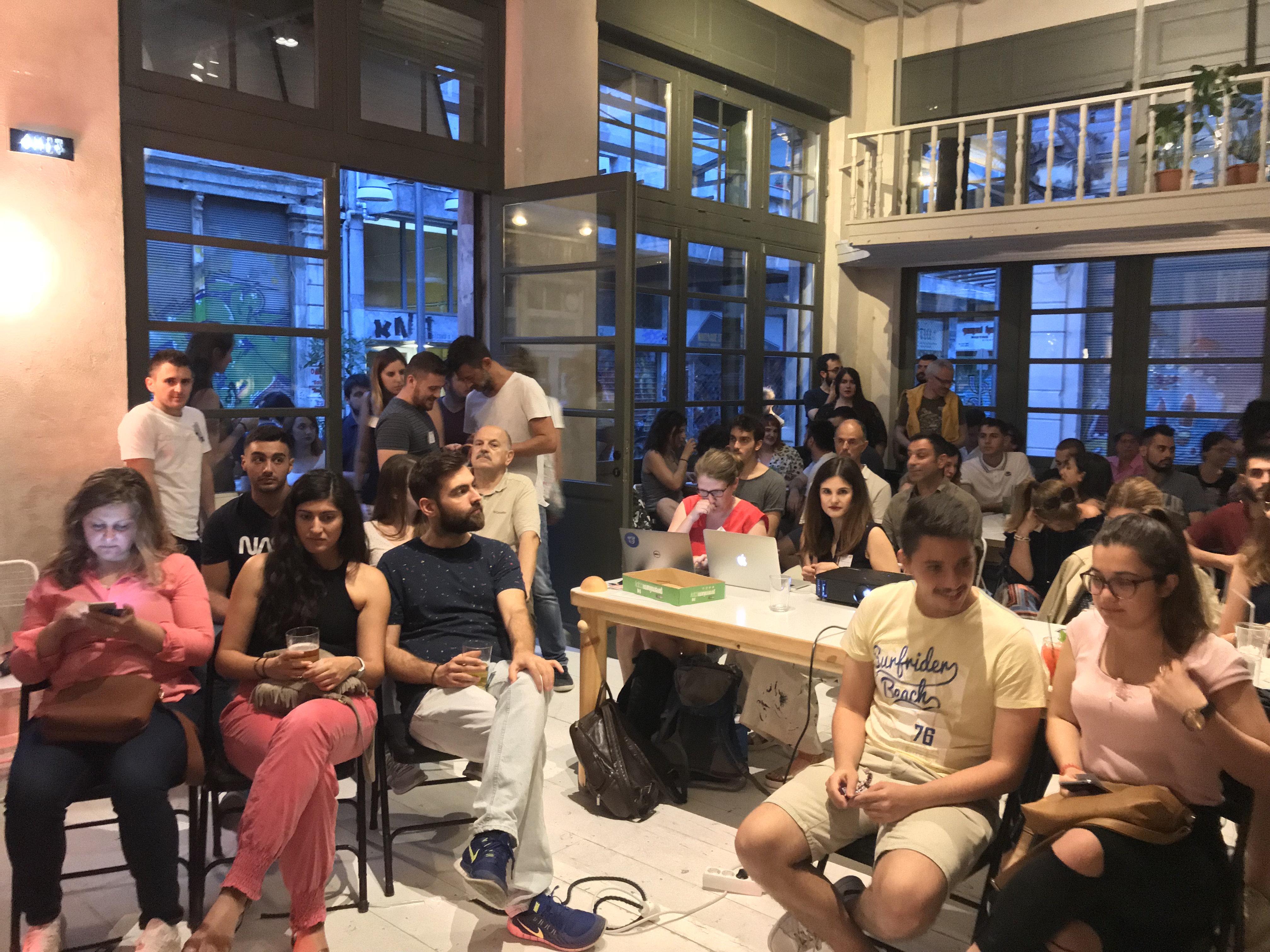 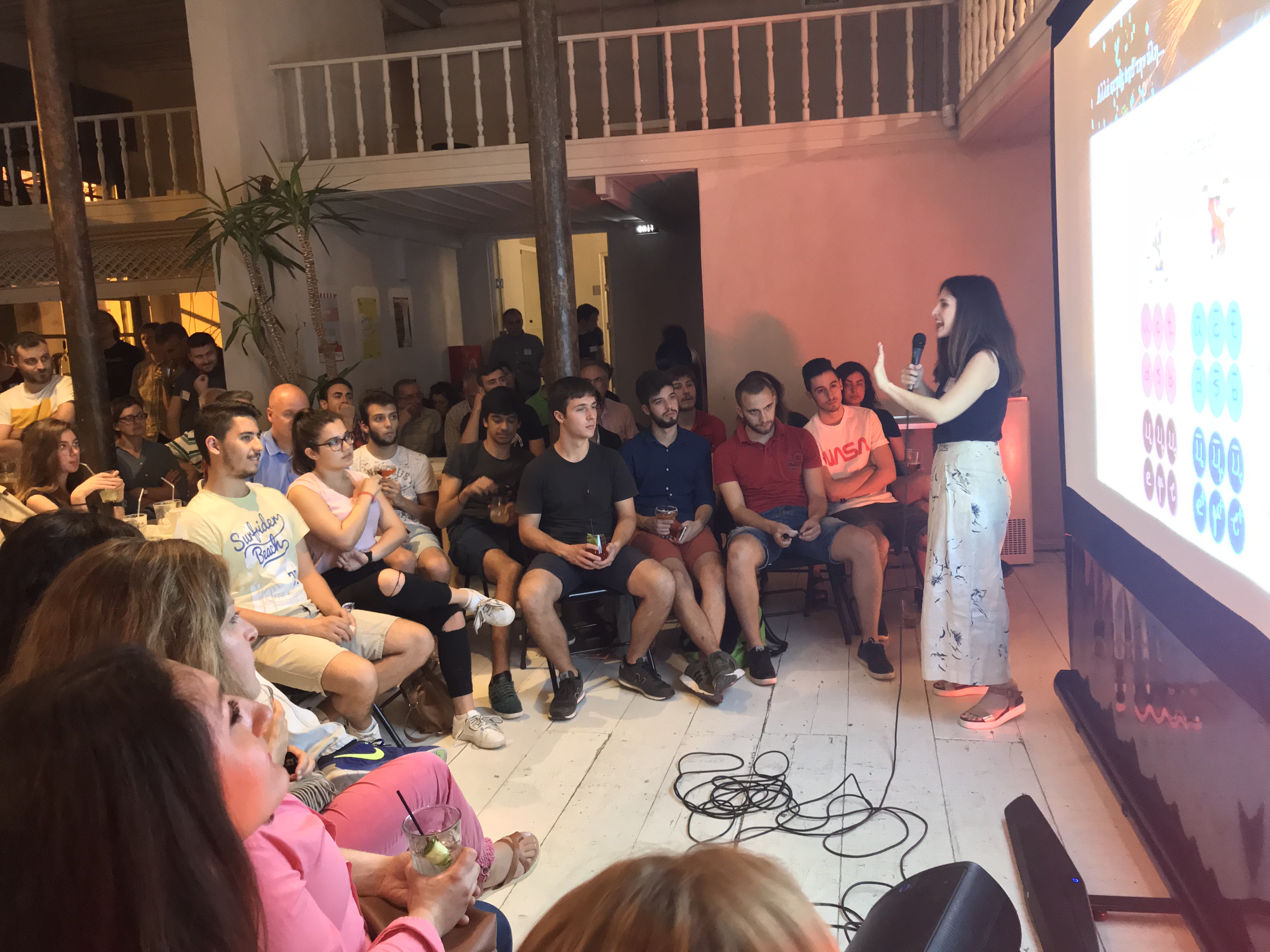 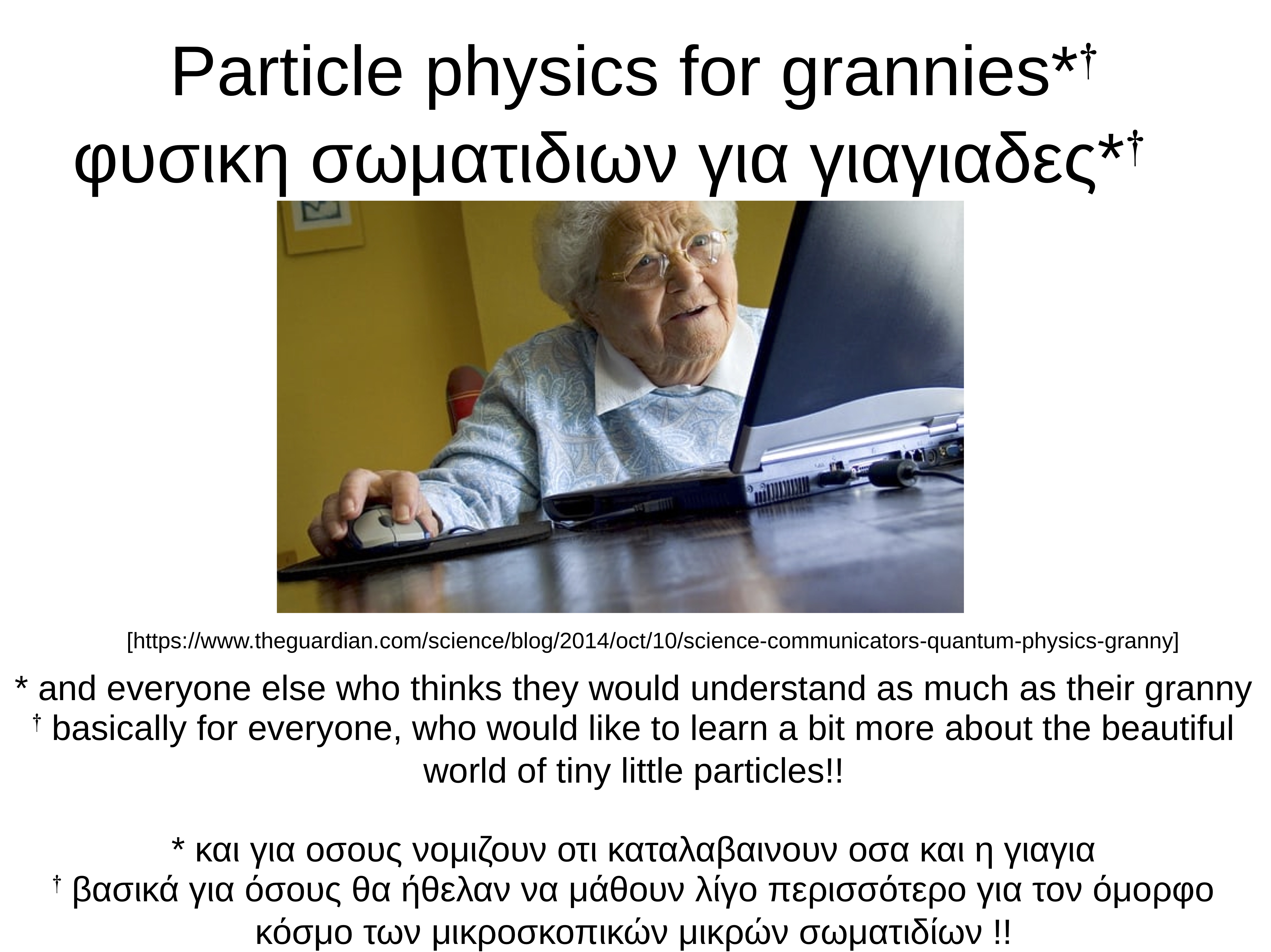 Meet and greet a real-life particle physicist and learn what it really is like to work with “Big-Bang-Theory”-Brainiacs – this chance had locals and tourists alike on the first evening of the first VBScan workshop. A flyer in croatian and english invited them to join the participants of the VBSCan workshop to join them in the Peristil - central square of the Diocletian Palace in Split. Nametags in the style of the flyer identified the participants, who had also brought photographs from CERN or material from their latest scientific result. Discussions, one to one, or in small groups gave people the opportunity to ask, what they never dared asking before. Lively discussions ensued, ranging from physics in general over life at CERN to science in Croatia. 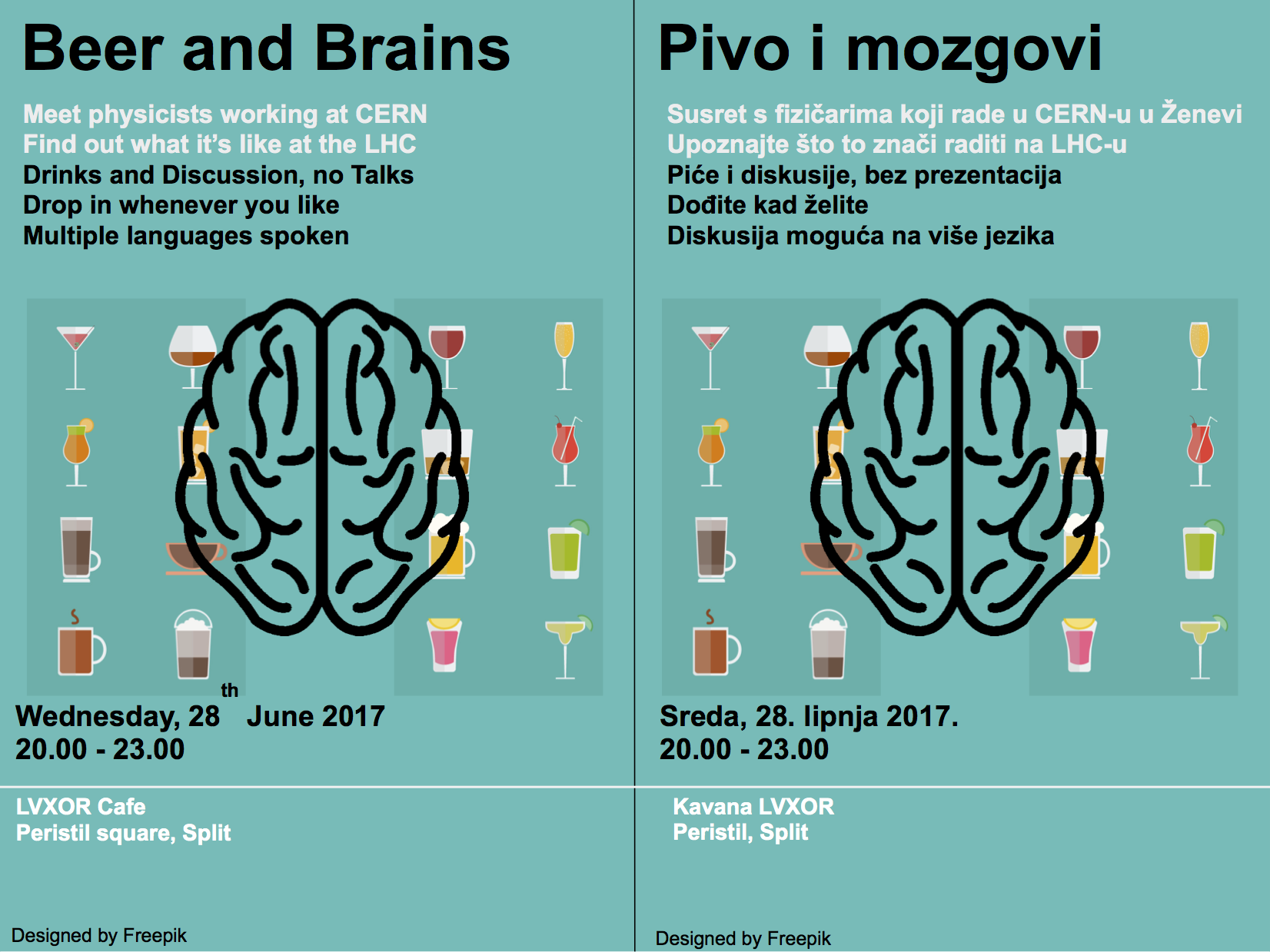 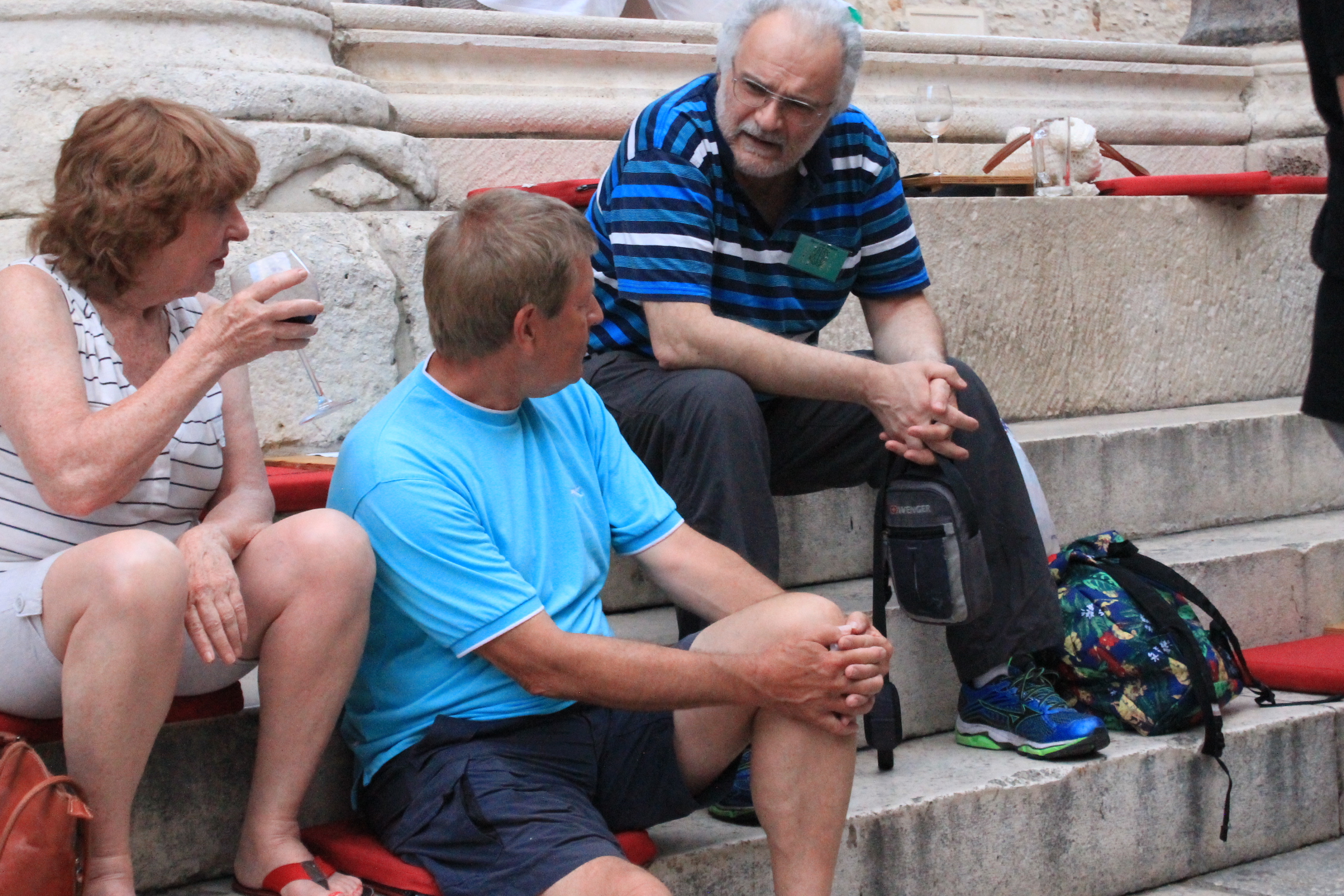 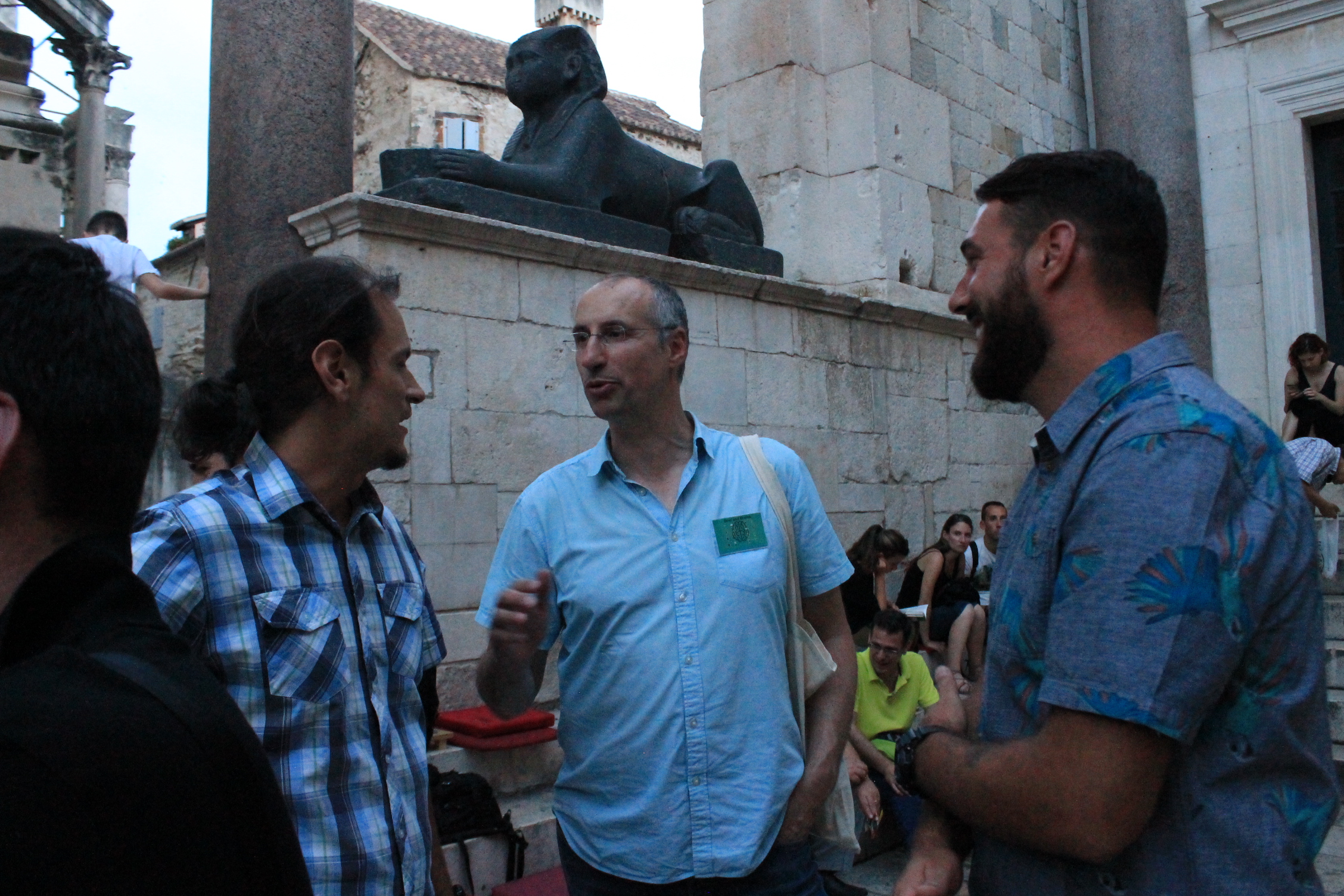 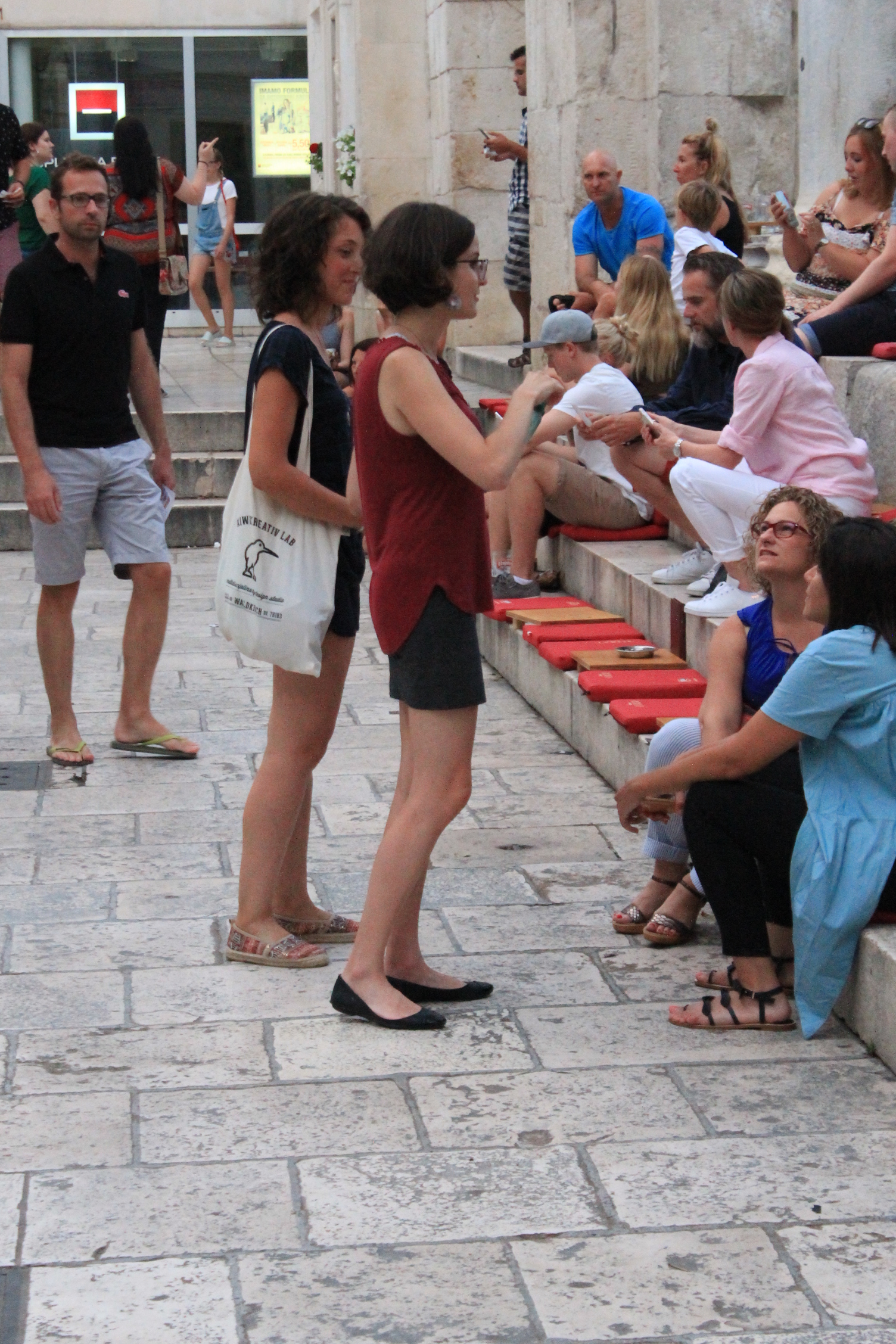